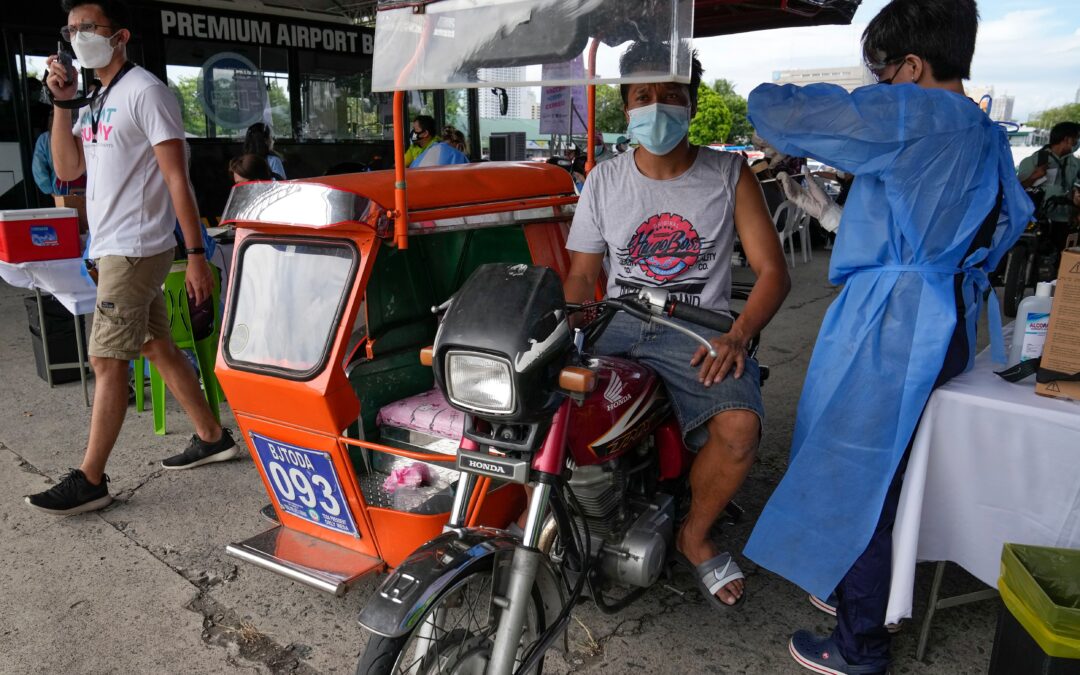 The Philippine president has threatened to order the arrest of Filipinos who refuse COVID-19 vaccination and told them to leave the country if they would not cooperate with the efforts to contain the pandemic.

President Rodrigo Duterte, who is known for his public outbursts and brash rhetoric, said in televised remarks Monday night that he has become exasperated with people who refuse to get immunized then help spread the coronavirus.

“Don’t get me wrong. There is a crisis being faced in this country. There is a national emergency. If you don’t want to get vaccinated, I’ll have you arrested and I’ll inject the vaccine in your butt,” Duterte said.

“If you will not agree to be vaccinated, leave the Philippines. Go to India if you want or somewhere, to America,” he said, adding he would order village leaders to compile a list of defiant residents.

A human rights lawyer, Edre Olalia, raised concerns over Duterte’s threat, saying the president could not order the arrest of anybody who has not clearly committed any crime.

Duterte and his administration have faced criticism over a vaccination campaign saddled with supply problems and public hesitancy. After repeated delays, vaccinations started in March.

Duterte blamed the problems on wealthy Western countries cornering vaccines for their own citizens, leaving poorer countries like the Philippines behind.

The Philippines is a COVID-19 hotspot in Asia, with more than 1.3 million cases and at least 23,749 deaths.