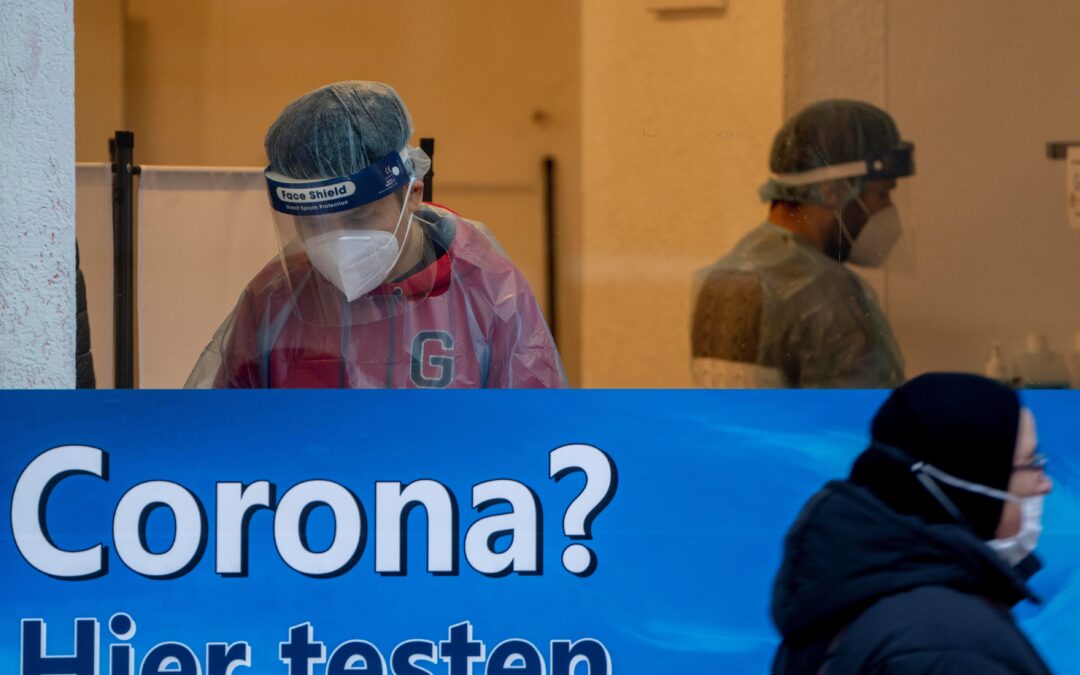 Four German regions plan to scrap rules requiring people infected with the coronavirus to isolate at home, arguing that the pandemic has evolved and it’s time for a different approach.

The health ministry in the southwestern state of Baden-Wuerttemberg said Friday that the region and two of its neighbors, Bavaria and Hesse, as well as Germany’s northernmost state, Schleswig-Holstein, were working on details of new rules.

The ministry pointed to declining infections, effective vaccinations, a high degree of population immunity, milder illnesses and the example of countries such as Austria that have loosened rules.

Bavaria said its blanket isolation mandate would end Nov. 16. The state’s health minister, Klaus Holetschek, said in a statement that the time was right to give people more individual responsibility.

“The decision doesn’t mean that we will give free rein to infections,” he said. “People who test positive will in the future have to put on a mask outside their own apartment. And of course, the principle still goes that people who are sick stay at home.”

In Germany, decisions on coronavirus rules are largely a matter for the governments of the country’s 16 states. Measures have generally been coordinated nationwide since the pandemic started in 2020, though to varying degrees, and the states enjoy a great deal of autonomy.

Federal Health Minister Karl Lauterbach said the states’ decision was “an important mistake” that would lead to a patchwork of rules in Germany but federal authorities couldn’t prevent it.

“There is also no medical reason to dispense with an isolation mandate now,” he said. “We currently have about 1,000 COVID deaths per week; we probably face a heavy winter wave.”

In April, Lauterbach backed off a short-lived proposal to end mandatory isolation. He said at the time that the idea, which was intended to lighten the burden on local health offices, was a mistake and sent the wrong signal.