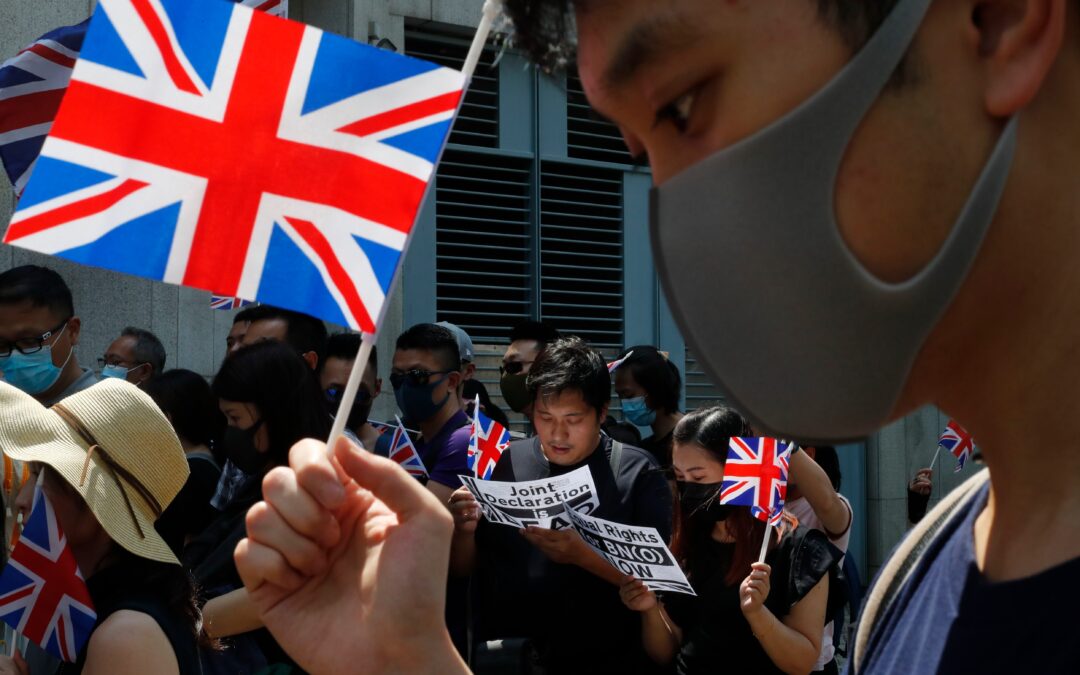 Hong Kong says it will ban all passenger flights from the U.K. starting Thursday as it seeks to curb the spread of new variants of the coronavirus.

It said in a statement Monday that the U.K. has been classified as “extremely high risk“ because of the “recent rebound of the epidemic situation in the U.K. and the widespread delta variant virus strain there.”

Under the classification, people who have stayed in the U.K. for more than two hours will be restricted from boarding passenger flights to Hong Kong.

It is the second time that the Hong Kong government has banned flights from the U.K., following a restriction imposed last December.

The ban comes amid heightened tensions between the U.K. and China over semi-autonomous Hong Kong, which was a British colony until it was handed over to China in 1997.

The U.K. has criticized China for imposing a national security law on Hong Kong and tightening control over its media, saying Beijing is undermining the city’s autonomy.

The flight ban was triggered by a policy put in place by the government to prevent coronavirus variants from spreading in Hong Kong.

A suspension of passenger flights is imposed if five or more passengers arriving from one place test positive on arrival for a particular coronavirus variant, or a relevant virus mutation within a seven-day period.

A ban is is also triggered if 10 or more passengers from one place are confirmed to be infected with the coronavirus via any tests, including tests conducted during quarantine, within a seven-day period.

The U.K. flight ban comes as Hong Kong is looking to relax quarantine measures for most other countries, including the U.S. and Canada.

Several other countries, including the Philippines and Indonesia, also face flight bans to Hong Kong.