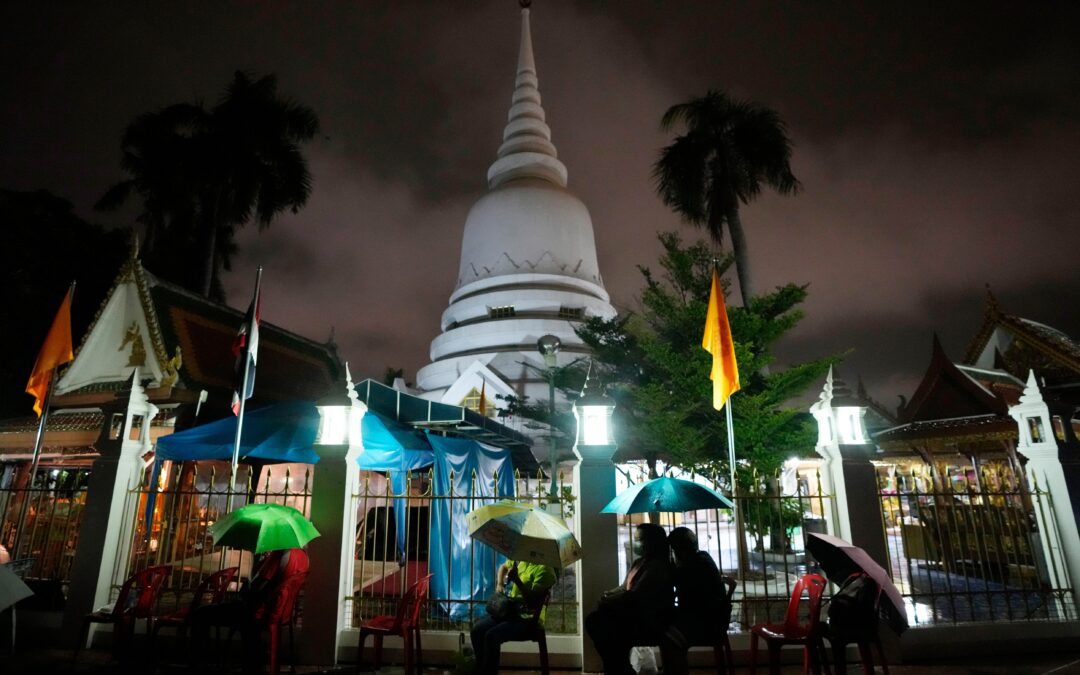 Several countries around Asia and the Pacific that are experiencing their first major surges of the coronavirus rushed to implement tough restrictions Friday, a year and a half into a pandemic that many initially weathered well.

Faced with rapidly rising numbers of infections in recent months, authorities hope the measures can slow the spread before health care systems are overwhelmed.

It’s a rhythm familiar in much of the world, where repeated surges deluged hospitals and led to high numbers of deaths. But many Asian countries avoided that cycle by imposing stiff travel restrictions combined with tough measures at home.

Now some are seeing record numbers of new cases and even deaths, blamed in part on the highly contagious delta variant combined with low rates of vaccination and decisions to ease restrictions that have hit economies hard. Though overall numbers are nowhere yet near those seen during outbreaks in hotspots in Europe and the United States, the rapid rise set off alarm bells just as many Western countries with high vaccine rates began to breathe a sigh of relief.

Thailand reported a record number of new deaths on Thursday with 75 — and they came in at 72 on Friday. South Korea set a record for number of new cases on Thursday, only to break it on Friday with 1,316 infections, according to the Korea Disease Control and Prevention Agency. For the first time, Indonesia is seeing a surge that has hospitals turning patients away and oxygen supplies running out.

Of Thailand’s 317,506 confirmed cases and 2,534 deaths since the pandemic started, more than 90% have come since the start of April.

Prime Minister Prayuth Chan-ocha’s handling of the surge has been widely criticized, including the decision to allow people to travel for April’s Songkran festival celebrating Thailand’s New Year.

Thailand already has strict regulations on wearing masks and other rules to prevent the spread of COVID-19, but the government announced even more stringent measures Friday for Bangkok and the surrounding area, including closing spas, limiting the hours of public transit, and restricting the opening times of markets and convenience stores.

“There is something wrong with the government policies, our vaccinations are too slow, and we should get better vaccines,” said resident Cherkarn Rachasevet, a 60-year-old IT analyst, who hustled to the grocery store to stock up on supplies after hearing new restrictions were coming, wearing four masks and a face shield.

She lamented that she isn’t due for her first shot until the end of the month.

Across the Asia-Pacific region, immunization rates have lagged for a variety of reasons, including production and distribution issues as well as an initial wait-and-see attitude from many early on when numbers were low and there was less of a sense of urgency.

In South Korea — widely praised for its initial response to the pandemic that included extensive testing and contact-tracing — critics are now blaming a current spike in cases on the government’s push to ease social-distancing because of economic concerns. Meanwhile, a shortage in vaccine supplies has left 70% of the population still waiting for their first shot.

The recent death toll has been low, however, and authorities attribute that to the fact that many who have been vaccinated were at-risk older Koreans.

Amid a spike in infections in the Seoul area, authorities announced that starting Monday they would impose the strongest restrictions yet. Those include prohibiting private social gatherings of three or more people after 6 p.m., shutting down nightclubs and churches, banning visitors at hospitals and nursing homes and limiting weddings and funerals to family-only gatherings.

No country has been worse hit in the region recently than Indonesia. The seven-day rolling averages of daily cases and deaths both more than doubled over the past two weeks.

Health experts say a partial lockdown imposed July 3 was too little too late and warned the current wave, which is mostly on the islands of Java, Bali, and a few cities on the island of Sumatra, will soon start to spread across the vast archipelago — and the health system is already buckling under the pressure.

Despite a strict national lockdown in nearby Malaysia under which residents are confined to their homes, with only one person per household allowed out to purchase groceries, new cases since it began June 1 continued to shoot up, and a record 9,180 daily cases were reported Friday. The total death toll more than doubled to 5,903 since June 1.

It’s the second national lockdown over the past year and the government said it will stay in place until daily infections fall below 4,000 and at least 10% of the population is vaccinated — but it comes at a tremendous cost, deepening economic hardships, with scores of businesses forced to shutter and thousands losing their jobs.

Vietnam also imposed tighter restrictions on Friday, locking down Ho Chi Minh City, the country’s largest metropolis and its economic and financial hub, for two weeks. The southern city’s 9 million residents are only permitted to leave home to buy food, medicine and for other urgent matters during that time.

Vietnam was able to limit its total coronavirus cases to 2,800 during the first year of the pandemic, and reported almost no new cases in the three months up to the end of April when they began to climb rapidly. In the last two months, the country has recorded some 22,000 new cases, and the less stringent restrictions imposed so far have been unable to stem the rise.

“It is a difficult decision to lock down the city, but it is necessary to curb the pandemic and get back to normalcy,” Prime Minister Pham Minh Chinh said during a government meeting Thursday evening.

Currently, about 4% of the population has received at least one dose of the vaccine, though the Health Ministry said it hopes to inoculate 70% of the country’s 96 million people by the end of the year.

One exception to the regional rule appears to be India, where the delta variant was first detected — perhaps because its surge came first. The country has slowly emerged from a traumatic April and May, when a devastating spike in infections tore through the nation, hospitals ran out of beds and oxygen supplies, and overwhelmed crematoria were forced to burn bodies in pyres outdoors.

New cases and deaths are now decreasing, but with less than 5% of the country’s eligible population fully vaccinated, authorities are scrambling to distribute more shots and are investing heavily in field hospitals and ICU beds, and stockpiling oxygen supplies.

Japan and Australia also announced new restrictions this week. Japan is particularly being watched since its state of emergency means spectators will be banned at most venues a the upcoming Olympics.

With the detection of the delta variant last month in Australia’s New South Wales, state Premier Gladys Berejiklian said Friday that this is now the “scariest period” of the pandemic yet as she announced new restrictions in Sydney after the city reported 44 new cases, in line with the country’s approach to move quickly with targeted measures to stamp out new outbreaks.

“New South Wales is facing the biggest challenge we have faced since the pandemic started,” she said. “And I don’t say that lightly.”

Associated Press writers from around the region contributed to this report.