Los Angeles County to restores indoor mask mandate for all 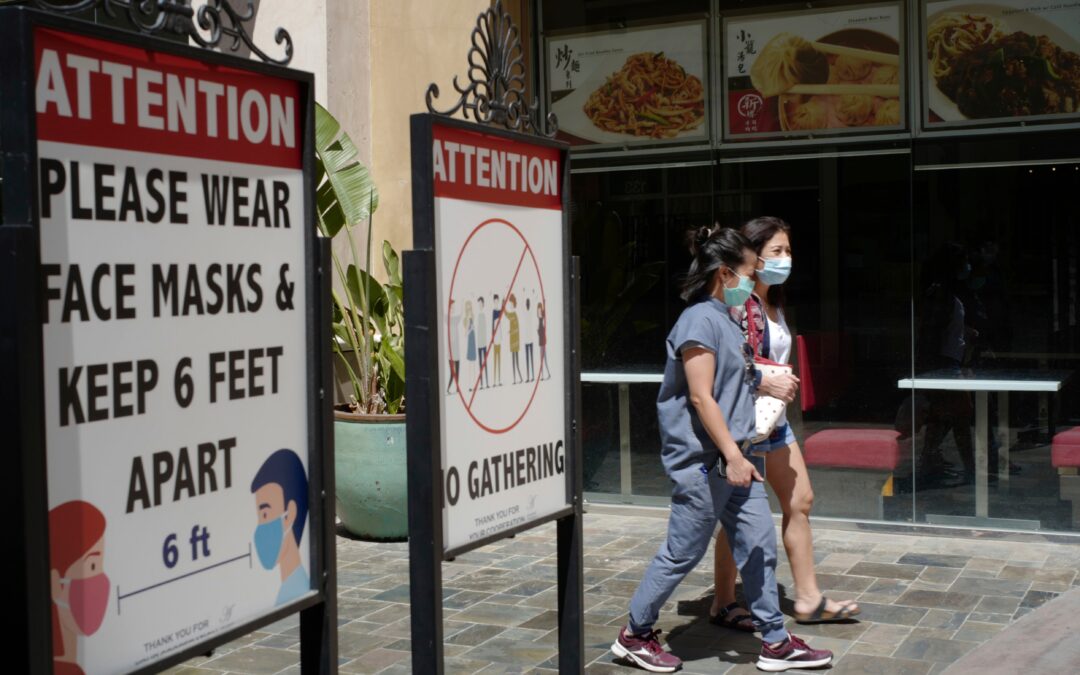 “This is an all-hands-on-deck moment,” he said.

Davis didn’t fully detail what he said would be some exceptions but said for example, people could still go out to eat and take off their masks only while eating and drinking.

The county has been recording more than 1,000 new cases each day for a week, and there is now “substantial community transmission,” Davis said.

Meanwhile, in Northern California, at least 59 residents at a homeless shelter have tested positive for the virus, half of whom were vaccinated, health officials said.

Of the 59 people with confirmed infections at Samuel L. Jones Hall, nine were hospitalized, including six who were fully vaccinated and had “multiple, significant” underlying health conditions, including diabetes and pulmonary disease, health officials said. Four have since been discharged, and five remain hospitalized.

Officials said that fewer than half of the 153 residents had received at least partial vaccination and they do not know whether the outbreak started with a vaccinated or unvaccinated resident.

“We know congregate settings are at much higher risk,” Mase said. “We also know there is a very high proportion of unvaccinated individuals that were in this setting.”

Most of the 69 vaccinated residents had received the single-shot Johnson & Johnson dose but Mase said it was hard to determine whether that was a factor in the outbreak.

Vaccines decrease the severity of the illness, reduce hospitalizations and decrease the risk of death. Clinical trials showed that a single dose of the J&J; vaccine was 72% effective against moderate to severe COVID-19 in the United States, compared to 95% for the Pfizer and Moderna vaccines. A Food and Drug Administration analysis cautioned that it’s not clear how well the vaccines work against each variant.

The outbreak is only the second time the coronavirus has been detected at Sam Jones. There was a smaller cluster of cases in January during the peak of the pandemic, said Jennielynn Holmes, head of homelessness services at Catholic Charities in Santa Rosa, which manages the shelter.

The shelter first became aware of the most recent outbreak on July 2, when it reported 20 positive cases.

“Something is different. This is different than what we’ve seen the entire pandemic,” Holmes said.

Holmes and city officials had said last week the outbreak was caused by the delta variant, which is far more contagious than the original strain of the virus. County officials said they had not confirmed that and need more time to review the infections.

Clarissa Millarker, a Sam Jones resident since March, said that prior to the outbreak, shelter staff had been lax in enforcing health protocols, particularly masking.

“I feel like it’s entirely likely that I’m going to turn up infected,” Millarker, who is vaccinated, told The Press Democrat of Santa Rosa.

Millarker said staff have since ramped up sanitation, been more vigilant about masks and started testing every few days. Still, there is confusion and anger over how the situation was handled by shelter operators, she said.

“People are upset, and they’re right to be,” she said.