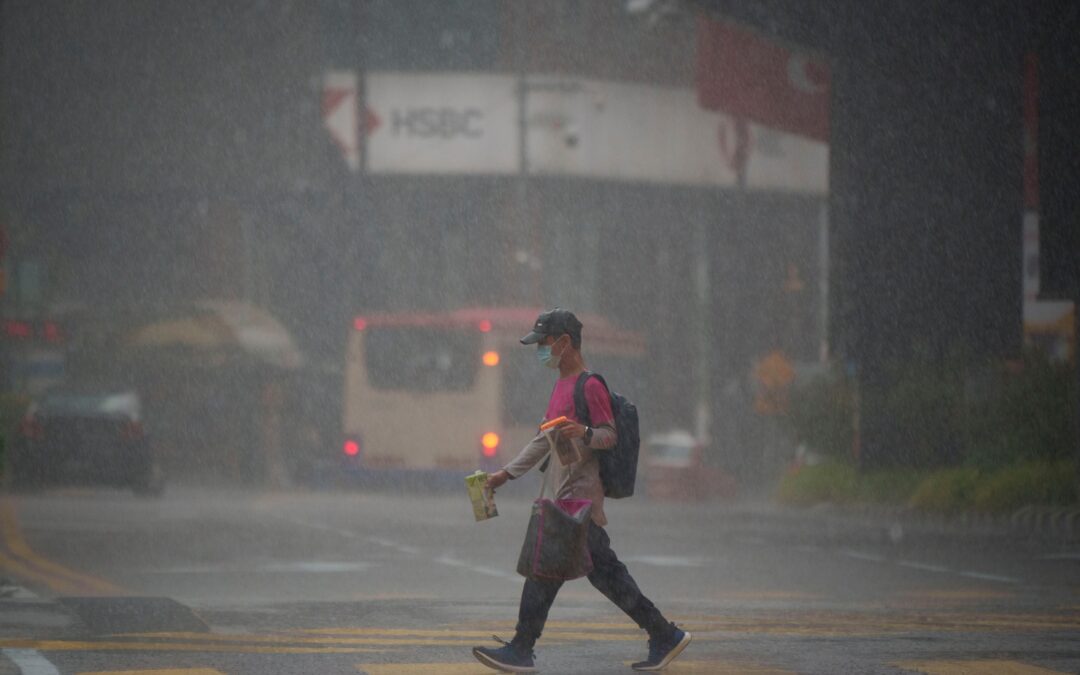 KUALA LUMPUR, Malaysia — Malaysia shut down a mass vaccination center Tuesday after more than 200 medical staff and volunteers tested positive for the coronavirus.

Science Minister Khairy Jamaluddin said it was difficult to determine if the infections occurred at the center, while stressing that swift government action had stopped the cluster.

He urged people who were vaccinated at the center from Friday onward to isolate themselves for 10 days in case they develop symptoms.

Khairy, who is in charge of the national immunization program, said he ordered testing for all 453 workers at the center in central Selangor state after two volunteers contracted the virus. Khairy said the 204 whose results were positive had low viral loads, meaning the amount of virus in their bodies was small.

The center was shut for deep sanitization and all its workers were being isolated. Khairy said the center will reopen Wednesday with a new team of medical workers.

Despite a strict lockdown since June 1, the pandemic had worsened in Malaysia with total confirmed cases breaching 844,000 and more than 6,200 deaths. But vaccination has picked up pace, with nearly 11% of the population inoculated.

— WHO officials say not enough evidence boosters are needed yet, shots should be given to poorer countries

KUALA LUMPUR, Malaysia — The Red Cross says a surge of coronavirus infections with the delta variant is overwhelming hospitals in Southeast Asia and outpacing vaccinations.

The International Federation of Red Cross and Red Crescent Societies also warned that a widening global divide in vaccinations is slowing Southeast Asia’s efforts to battle the pandemic.

Thailand is reporting nearly 10,000 new infections daily, more than four times a month ago, while deaths have also reached record highs. Infections in Vietnam have surged past 2,000 a day, almost 10 times more than in early June.

According to the Oxford University’s COVID-19 Our World in Data, Thailand has only fully vaccinated around 5% of its population, Vietnam less than 1% and Indonesia 5.5%. In contrast, richer countries such as the United Kingdom have fully vaccinated more than half their populations.

Red Cross Asia Pacific Director Alexander Matheou said in a statement Tuesday that richer countries have a steady supply of vaccines but most Asian nations are struggling to access sufficient doses to keep their populations safe. It applauded richer countries that have made generous pledges and donations of vaccines to Asia but urged for delivery to be accelerated.

SEOUL, South Korea — South Korea’s streak of more than 1,000 daily coronavirus cases has reached a week as health authorities scramble to slow a viral surge that has brought Seoul’s thriving nightlife to a standstill and professional baseball to a halt.

Authorities said Tuesday that more than 800 of the 1,150 new cases are in the greater capital area, where officials have shut down nightclubs and prohibited private social gatherings of three or more people after 6 p.m.

There are signs the virus is spreading beyond the Seoul metropolitan area as the country enters its summer holidays. Busan, Daegu, Daejeon and South Chungcheong province are among the major cities and regions that reported dozens of new infections.

SYDNEY — Australia has recorded a third COVID-19 death this year.

New South Wales state Chief Health Officer Kerry Chant on Tuesday declined to say whether the man, who was aged in his 70s, had been vaccinated. He died Monday in Sydney’s eastern suburbs where the current Sydney cluster began last month.

A woman in her 90s from southwest Sydney died Saturday, a day after testing positive for the coronavirus. An 80-year-old man died April 12 after becoming infected in the Philippines.

Australia had not previously recorded a COVID-19 death since Oct. 19.