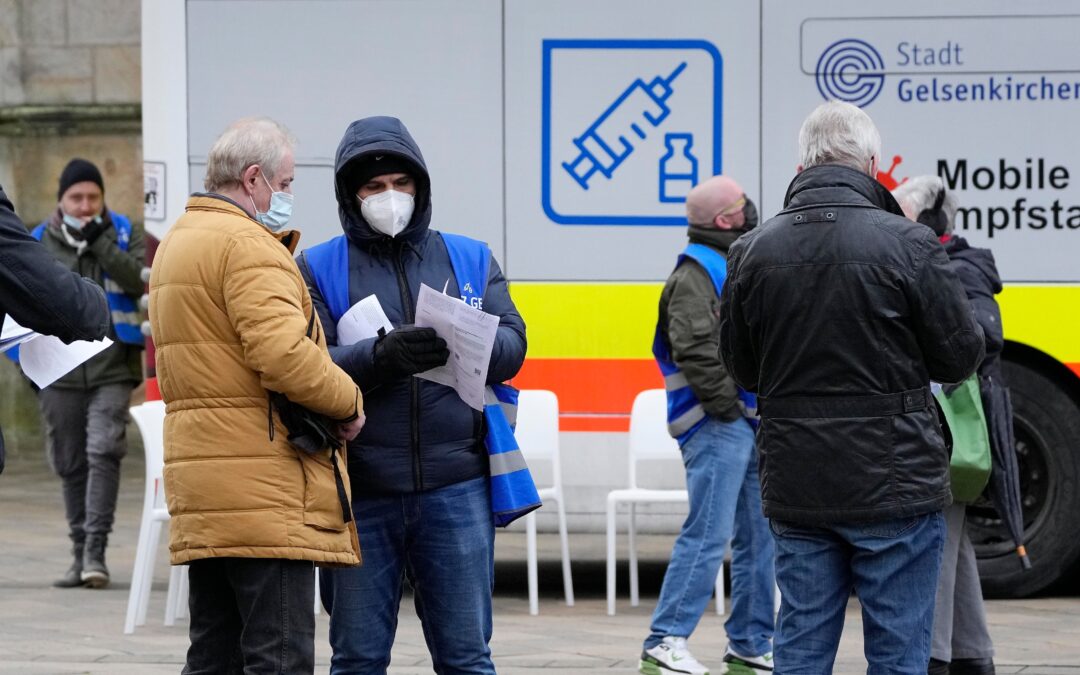 Germany’s highest court on Tuesday rejected complaints against curfews and other restrictions imposed by federal legislation earlier this year in areas where the coronavirus was spreading quickly — a decision that could help the country’s leaders as they struggle to tackle a sharp rise in infections.

The ruling from the Federal Constitutional Court came hours before outgoing Chancellor Angela Merkel and her designated successor, Olaf Scholz, planned to hold talks on the situation with the country’s 16 state governors.

There has been a string of calls from experts and politicians for tougher restrictions, but Germany’s federal structure and the transition from Merkel’s national government to a new one under Scholz have slowed decision-making.

The court found that the most controversial measures contained in the federal “emergency brake” legislation that was in place from April until the end of June were in line with the constitution. Those included a 10 p.m.-5 a.m. curfew and school closures in areas with high coronavirus infection rates.

The legislation to apply measures consistently in areas with high infection rates during Germany’s last major COVID-19 wave was intended to end the patchwork of measures that has often characterized the pandemic response across Germany’s 16 states.

New infections have soared in recent weeks in the European Union’s most populous country — particularly in the east and south, with hospitals there already transferring intensive care patients to other parts of Germany. They have hit levels much higher than those the country saw earlier this year, though many more Germans are vaccinated now than they were then.

On Tuesday, the country’s seven-day infection rate dipped for the first time in over three weeks but, at 452.2 new cases per 100,000 residents, was only just short of Monday’s record of 452.4. The country’s disease control center, the Robert Koch Institute, said 45,753 cases were reported over the past 24 hours. Another 388 deaths were recorded, bringing Germany’s total so far to 101,344.

At least 68.4% of the population of 83 million is now fully vaccinated, but that’s below the 75% minimum threshold hoped for by the government.