As the world experiences an unprecedented pandemic and the continuous threat of variants, there is an urgent need for additional laboratory testing facilities to process and test for the COVID-19 virus here in the United States. To that end, we are now offering quality laboratory testing for the coronavirus at our facility. We hope this will help Florida residents, national, and international visitors receive the critical health information they need.

In 2019, a new coronavirus was identified as the severe acute respiratory syndrome coronavirus 2 (SARS-CoV-2). The disease that it causes is referred to as COVID-19.

There are two types of Covid-19 tests available:

How is the Viral test conducted?

How is the Antibody test conducted?

Are you a candidate for testing? Do you have the following symptoms?

Other symptoms can include:

Other risk factors that you may be a candidate for testing:

This test detects certain proteins in the virus.

An antibody or serology test is a blood test  used to determine you have been previously infected with COVID-19. It detects antibodies, which are proteins in the blood that fight-off infection.

It’s also important to note that anyone who receives a positive antibody result, showing that COVID-19 antibodies were detected, there is still no certainty that someone previously infected cannot be infected with the virus again. Therefore, physical distancing recommendations and proper precautions should still be continued.

Real-time PCR (Polymerase Chain Reaction) is a valuable molecular technique performed in a high complexity laboratory which accurately analyzes the genetic material of pathogens. As a modern molecular biology lab, Millenia Advanced Scientific utilizes PCR to identify and quantify bacteria and viruses as well as determine antibiotic resistance. PCR is 3-5X more sensitive than conventional culture techniques and allows Millenia Advanced Scientific to report results for both pathogen identification and antibiotic resistance within 8 hours of the specimen’s arrival to the lab.

Millenia Advanced Scientific is redefining the approach to pathogen identification to address persistent challenges in diagnosing and managing acute and chronic wounds. Since delays in healing tend to be multifactorial, a systematic approach must be used, beginning with the detection of infectious agents. With our specialized panels, Millenia Advanced Scientific can now detect up to 22 pathogens simultaneously per wound type. This level of specification and accuracy using the most advanced technology available is the first step to achieving successful wound healing.

Historically, urinary tract infections were considered easy to target and treat since more than 70% of cases were caused by E. coli. Today, UTIs are still one of the most commonly diagnosed illnesses in older adults and the primary reason antibiotics are prescribed in long term care facilities. However, more and more UTI treatments are failing through the development of MDROs ( Multidrug Resistant Organisms). This impacts patients in that doctors can no longer assume that the first or second rounds of antibiotics will adequately treat the most common infections or prevent their reoccurrence. Furthermore, this highlights the need for advanced diagnostics in order to rapidly and accurately identify afected pathogens and determine any applicable antibiotic resistance.

In recent years, gastrointestinal-related deaths have more than doubled. The cause for this sudden increase is tied to MDROs, such as Clostridium diffcile, which is notoriously diffcult to treat and easy to spread. In acute GI diseases, rapid diagnostics are critical to prevent the spread of disease and to relieve patient symptoms. Conventional techniques are often labor intensive and lack the suitable sensitivity needed for effective results, which leads to prolonged symptoms, repeated and subsequent testing, and even poor clinical outcomes. Many traditional GI pathogen tests also require strict collection techniques and variable transport media to preserve the specimen and minimize bacterial overgrowth. In order to provide patients with the highest level of care, Millenia Advanced Scientific offers an accurate, rapid diagnostic solution so that providers can treat patients more effciently.

Real-time PCR (Polymerase Chain Reaction) is a valuable molecular technique performed in a high complexity laboratory which accurately analyzes the genetic material of pathogens. As a modern molecular biology lab, Millenia Advanced Scientific utilizes PCR to identify and quantify bacteria and viruses as well as determine antibiotic resistance. PCR is 3-5X more sensitive than conventional culture techniques and allows Millenia Advanced Scientific to report results for both pathogen identification and antibiotic resistance within 8 hours of the specimen’s arrival to the lab.

Nail fungal infection can cause pain, dysfunction, and disfigurement and may produce serious physical and occupational limitations. A fast and effcient diagnosis allows attending specialists to begin treatment, stopping any progression and avoiding possibility of future complications. Traditional culture methods lack the same sensitivity and accuracy of PCR testing—Millenia Advanced Scientific’ PCR test can detect polymicrobial infections at once. This higher degree of sensitivity is critical for physicians and patients, as a more accurate diagnosis leads to decreased time to healing.

Raise Your Level Of Care

Millenia Advanced Scientific strives to improve women’s health by offering comprehensive and accurate solutions. Using PCR technology, providers are able to rapidly and precisely identify both normal flora and harmful pathogens in as few as 8 hours from the specimen’s arrival to the lab—up to one week faster than traditional culture or antibody-based methods. The need for rapid STI testing is critical, as rates for these infections have continued to rise. In fact, over the past four years, syphilis cases have nearly doubled, gonorrhea cases have increased by 67%, and chlamydia rates remained at record highs. Additionally, due to such high presence of these pathogens, health officials are beginning to see cases of antibiotic-resistant gonorrhea, and chlamydia and syphilis may also develop resistant genes. Outside of infections, Millenia Advanced Scientific includes cervical cytology in its women’s health panel in order to provide a complete level of care to patients.

Millenia Advanced Scientific uses PCR technology because it can distinguish pathogens causing similar symptoms and it is capable of identifying bacteria in patients taking antibiotics. We use liquid-based Pap testing as it is more sensitive and results are less often deemed “unsatisfactory for interpretation,” resulting in decreased need for recollection. 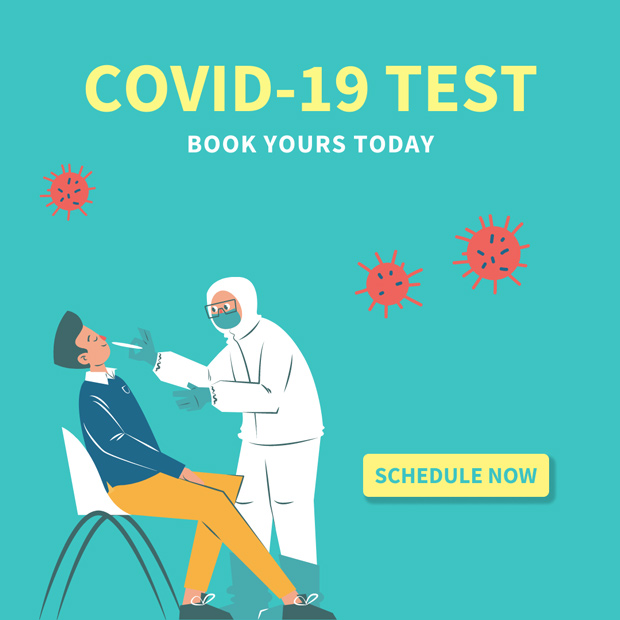